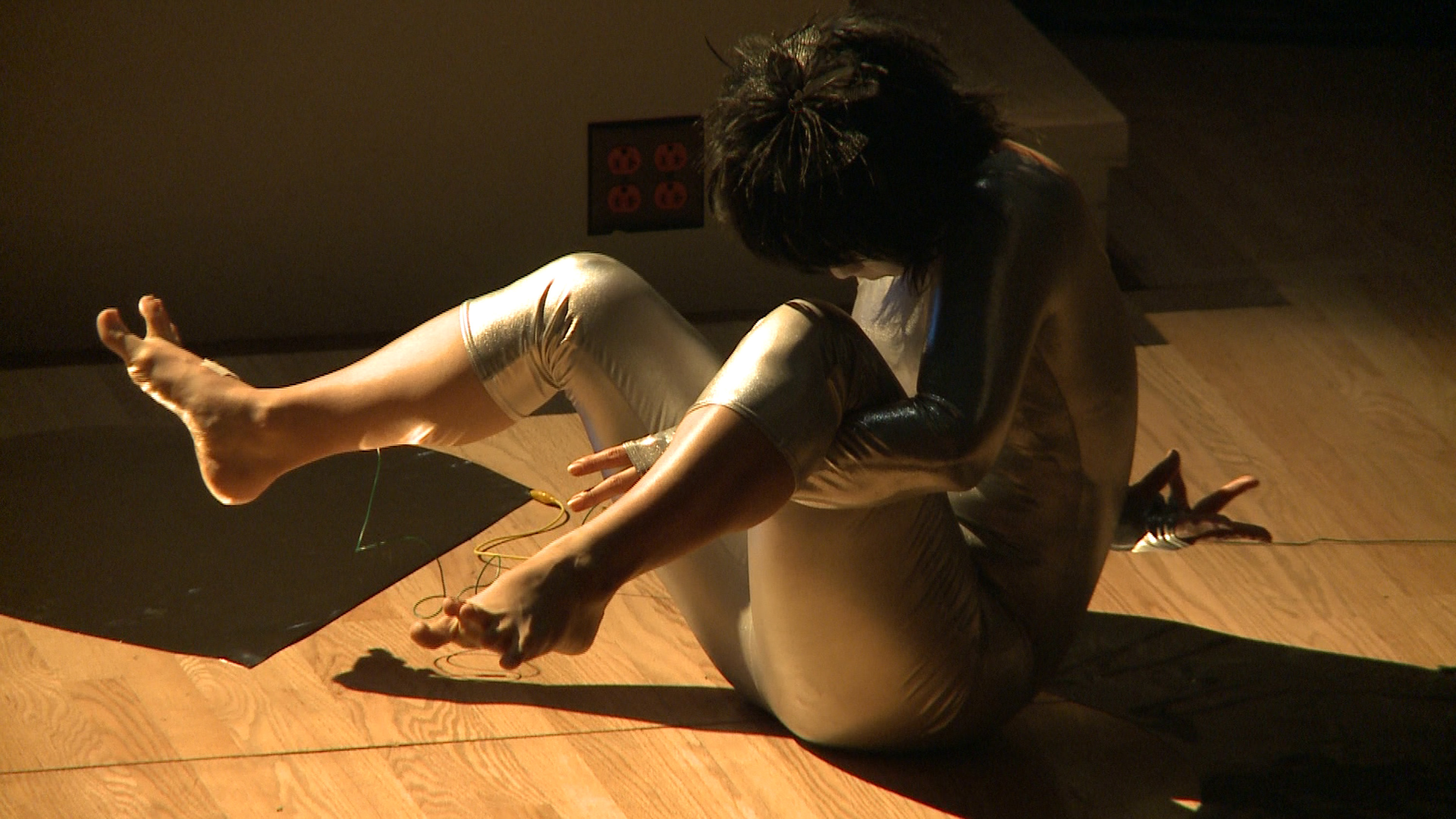 Harvestworks partners with the Composers Now Festival to present

“Nature and Numbers in New Music”, an evening with composers Tom Hamilton and Liz Phillips to see and hear about their use of data in composing contemporary music.

Harvestworks will present a “behind the scenes” look at how algorithmic systems and data inspire and shape new music by these contemporary sound art and experimental music composers.  It will feature presentations by the composers followed by a panel discussion.  This is an all-ages event.

Composer and interactive artist Liz Phillips with Butoh Dancer Mariko Endo Reynolds will perform a short version that shows how their collaborative work “Biyuu” activates the body’s potential energy fields with dynamic and radical events in nature—bamboo, tall reeds and water.  Our behind the scenes look will include a new video document of the performances of “Biyuu” by video artist Mary Lucier and a demonstration of Phillips’ system where Mariko’s body becomes an antenna that interacts with the 3-D sound and video performance landscape.

The short performance will be followed by Tom Hamilton’s “London Fix (music changing with the price of gold)” an 8 channel composition created specifically for loudspeakers and presented in a darkened room to facilitate a superior listening experience.

“London Fix” follows the contours of the spot gold market as defined by the twice-daily London Fix. The composer used price charts to animate an electronic pitch-making system of his own design, mapping the charts to control individual pitch possibilities, range, and portamento. He used the historical chart data both in a linear and recursive fashion, resulting in sonic fluctuations that compress and superimpose time in a way that discourages any literal interpretation.   The CD recording of London Fix was released by Muse-Eek Publications, and was awarded an Honorary Mention in the 2004 Prix Ars Electronica; one of ten in a field of over 600 entries.  London Fix was first presented at CCNOA in Brussels, as part of the 2003 Earwitness series. More information at: http://www.cdbaby.com/cd/thamilton

Mariko Endo is a professional Japanese Butoh Dancer, a student of Akira Kasai, one of the co-founders of the Butoh movement.  She toured Japan and the United States as a principal dancer in one of Japan’s representative Butoh companies, Dairakudakan.  In addition to her foundation of dance, she has studied anthropology and energy healing, all which influence her approach to dance as a sculpture of consciousness.

Mary Lucier, video documentation editor and camera, is celebrated for her contributions to the form of multi-monitor, multi-channel video installation. She attended Brandeis University, originally working in sculpture, photography, and performance before concentrating on video installation in the 1970s. In her work–from Ohio At Giverny to The Plains of Sweet Regret and Wisconsin Arc— she has explored the theme of landscape as a metaphor for loss and regeneration and, more recently, trauma as experienced and articulated in more narrative modes. Current projects are concerned with the Buddhist nuns and convents in Kyoto and Nara, Japan, and the Dakota Sioux on the Spirit Lake Reservation. She has been the recipient of the Guggenheim Foundation, Creative Capital, USA Artists, and the Japan-US Friendship Commission, as well as the Skowhegan Award for Video  and the AICA Best Video Show Award.  She is represented by Lennon, Weinberg, Inc., NY; her tapes are distributed by Electronic Arts Intermix.

TOM HAMILTON has composed and performed electronic music for over 40 years, and his work with electronic music originated in the late-60s era of analog synthesis.  Hamilton was a 2005 Fellow of the Civitella Ranieri Foundation, participating in a residency at the foundation’s center in Umbria. Hamilton’s performing and recording colleagues have included Peter Zummo, Bruce Gremo, Karlheinz Essl, Bruce Arnold, Bruce Eisenbeil, Rich O’Donnell, Thomas Buckner, Al Margolis, and id m theft able, and he has worked with Composers Inside Electronics.  Hamilton has released 15 CDs of his music; his CD London Fix received an award in the Prix Ars Electronica, and a 2 CD set of his electronic music of the 1970s was named one of The Wire’s Top 50 Reissues of 2010. Hamilton was the co-director of the 2004 Sounds Like Now festival, and he co-produced the Cooler in the Shade/Warmer by the Stove new music series for 14 years.  Since 1990, Hamilton has been a member of composer Robert Ashley‘s touring opera ensemble, performing sound processing and mixing in both recordings and concerts. His audio production can be found in over 60 CD releases of new and experimental music.

About Harvestworks  Our mission is to present experimental sound and visual artworks created in collaboration with our Technology, Engineering, Art and Music (TEAM) Lab. The Harvestworks T.E.A.M Lab supports the creation of art works achieved through the use of new and evolving technologies and provides an environment for experimentation with project consultants, technicians, instructors and innovative practitioners in all branchs of the electronic arts. Our programs are made possible with funds from New York State Council on the Arts, the National Endowment for the Arts, the NYC Dept. of Cultural Affairs, Foundation for Contemporary Arts, mediaThe foundation, Lily Auchincloss Foundation, Materials for the Arts, Jerome Foundation, the Edwards Foundation Arts Fund, Bloomberg Philanthropies and the Friends of Harvestworks. 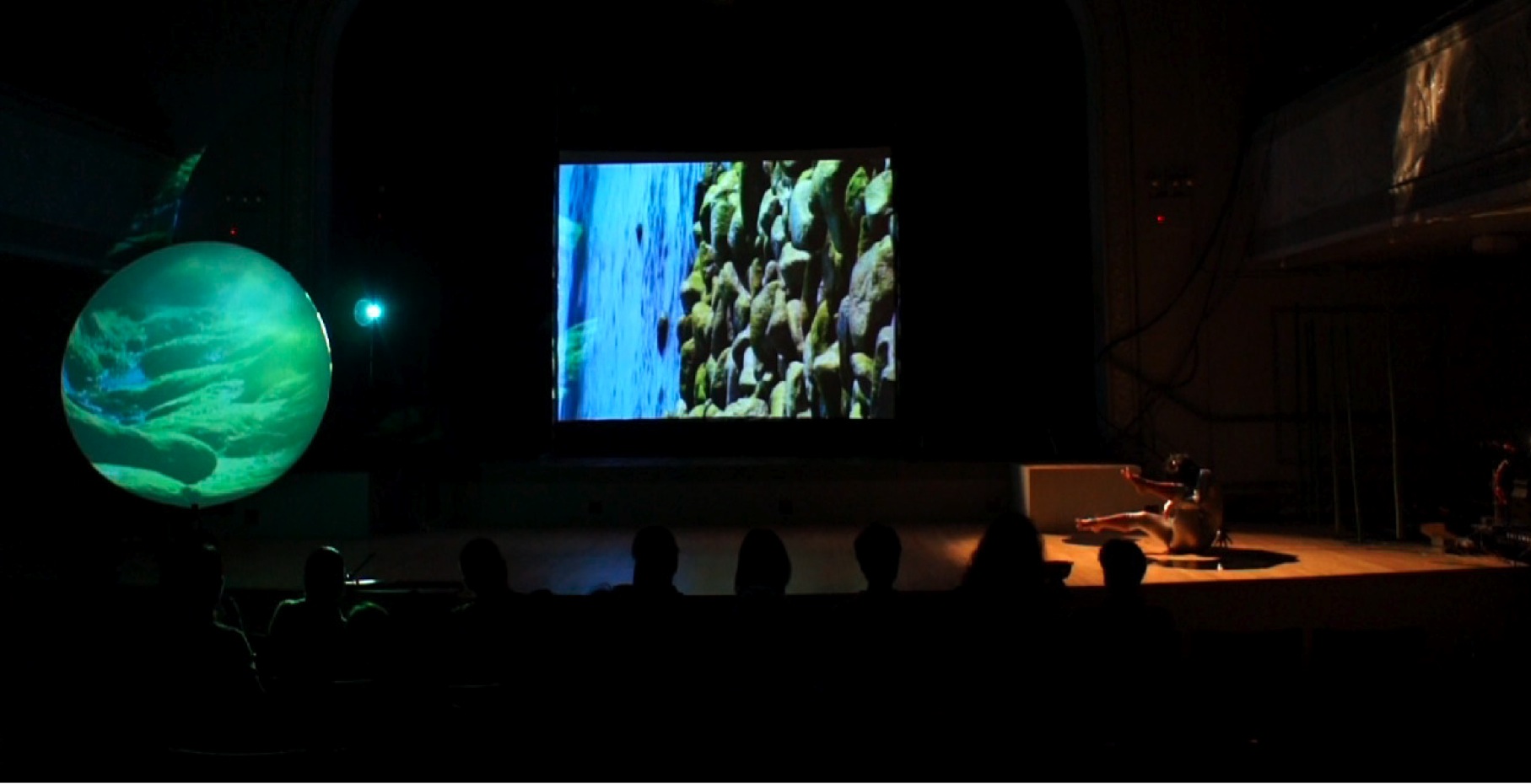