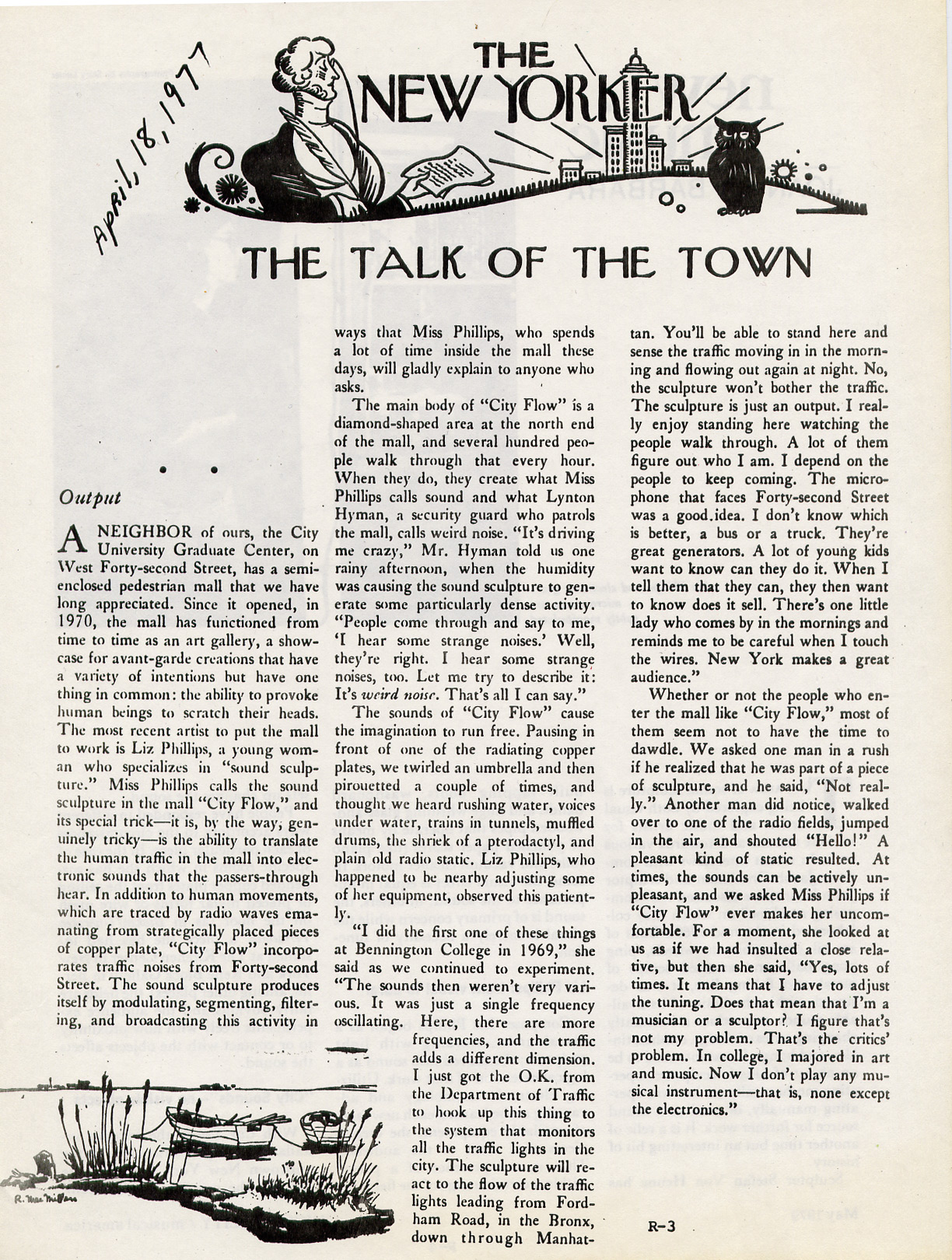 Broken/Unbroken Terracotta 1975, The Kitchen and the Wadsworth Atheneum

Electric Spaghetti at the Kitchen as TV Dinner Event

“All the way from the wheelhouse, which Shirley Clarke, the film maker, had transformed into a fortunetelling booth, to the galley, where Elizabeth Phillips of Bennington College served platters of electrified spaghetti that squeaked and hummed as it was eaten, the old Hudson River Dayliner Alexander Hamilton was transformed into a gallery of anarchic imaginings yesterday.

The excursion boat, now tied up at the South Street Seaport, Fulton Street and the East River, was the scene of +the Ninth Annual New York Avant Garde Art Festival. The festival attracted more than 2.00 artists and thousands of spectators between noon and midnight, despite mist and rain.

The theme of freedom and gaiety was symbolized by the work of the Japanese artist Ay‐0, who hung, in place of signal flags, hundreds of pairs of women’s lavender panties from lines around the top deck.

“I think everybody is very lucky that we’re here, but not everybody thinks that way,” said Charlotte Moorman, the petite, long‐haired—only in the most literal sense—cellist who has been the festival’s organizer and guiding spirit from the beginning. Some people think we’re crazy.” ” –